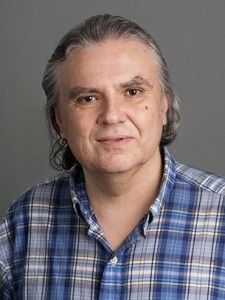 Alex Eskin (University of Chicago) was awarded the 2020 Breakthrough Prize in Mathematics for revolutionary discoveries in the dynamics and geometry of moduli spaces of Abelian differentials, including the proof of the “magic wand theorem” with Maryam Mirzakhani. Known as the “Oscars of Science,” the prize recognizes achievements in the Life Sciences, Fundamental Physics and Mathematics. Tim Austin (UCLA) was awarded the 2020 New Horizons in Mathematics Prize for multiple contributions to ergodic theory, most notably the solution of the weak Pinsker conjecture. Both Austin and Eskin were most recently participants in IPAM’s 2018 workshop on New Methods for Zimmer’s Conjecture, of which Eskin was an organizer. Congratulations to both of them on their remarkable achievements!