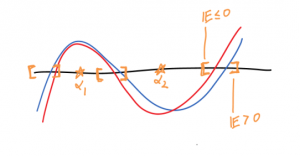 nal linear algebra. This workshop will focus on the expected characteristic polynomials of finite-dimensional random matrices, which have played a crucial role in several recent results in this area (including the solution of the Kadison-Singer problem) and seem to offer a middle ground between the two settings. One one hand, their zeros turn out to be related to estimates in asymptotic random matrix theory, von Neumann algebras, and Free Probability theory; on the other hand, they can also be used to control the eigenvalues of the finite random matrices in question, which might come from another area such as spectral graph theory or frame theory.

In this workshop we will examine several occurrences of expected characteristic polynomials, with two goals: (1) to articulate a more rigorous understanding of the bridge between the infinite and the finite; and (2) to explore the consequences of recent applications of the method to concrete problems, and ideally uncover new applications.