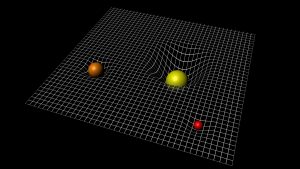 Ever since general relativity’s birth in 1915, mathematics has had a profound impact on the way the theory has been understood: Examples over the years include Hilbert’s variational formulation, Noether’s early theorems on conservation laws, Choquet-Bruhat’s foundational well-posedness theorem and the hyperbolicity of the equations, Bondi’s concept of null infinity and gravitational waves, the incompleteness theorems of Penrose and the black hole concept, the positive energy theorem of Schoen and Yau, and the nonlinear stability of Minkowski space proven by Christodoulou and Klainerman. In more recent years, the power of numerics has added additional insights to our mathematical picture, particularly after Pretorius’s 2004 breakthrough allowing for the numerical simulation of binary black hole systems. Today, research on mathematical and numerical aspects of general relativity constitute two vibrant fields which have become very influential in the wider mathematics and physics communities. The two fields have many points of contact: Some common goals shared by both rigorous mathematical analysis and numerics include understanding the formation of black holes in gravitational collapse, their non-linear stability, and their interaction with other black holes in binary systems or other scattering processes. In their practical application to astrophysics, the two fields often play complementary roles: Numerics generates the templates which play an important part in interpreting gravitational wave detections by LIGO and VIRGO, while rigorous mathematical analysis has introduced subtle new concepts, like Christodoulou memory, which may play an important role in the next generation of detectors. Another common goal of both rigorous mathematics and of numerics, of interest to theoretical physics, is to understand generic spacetime singularities, so as to resolve in particular the celebrated weak and strong cosmic censorship conjectures of Penrose. As singularities probe the limits of the theory, a resolution of these conjectures may shed light on various attempts to transcend general relativity. Other recent problems which have brought together mathematics and numerics include work on asymptotically anti-de Sitter spacetimes, and well-posedness for alternative theories of gravity, both of interest in high energy physics. There is also recent activity on inverse problems. This workshop will gather mathematicians, theoretical physicists and numerical analysis developers to discuss these and other issues.