White Paper: Analysis of Regulatory and Epigenetic Stochasticity in Development and Disease 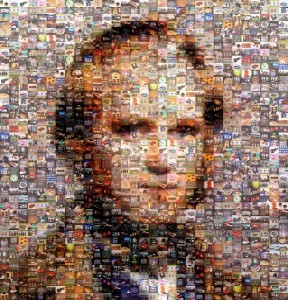 A workshop related to the analysis of stochasticity in epigenetics was held at IPAM on March 1-3, 2017. Experts in the application of novel analytical and experimental tools gathered to explore recent advances and barriers to progress related to the mathematical understanding of the relatively new biological field of epigenetics. The workshop served as a forum for scientists and engineers with an interest in computational biology to explore the role of stochasticity in regulation, development and evolution, and its epigenetic basis. Stochasticity has been transformative in physics and in some areas of biology. It also promises to fundamentally transform modern genetics and help to explain critical biological behavior, such as differentiation and cancer.

Epigenetics refers to information used to control gene expression that is not part of DNA sequence per se, yet it is transmitted during cell division. Through the control of gene expression, epigenetic regulation distinguishes stem cells from somatic cells, one organ from another and even identical twins from each other. In contrast to DNA sequence, the epigenome is relatively susceptible to modifications by the environment and can be subject to stochastic perturbations over time, adding to phenotypic diversity in a population. There is increasingly strong evidence that in epigenetic regulation “stochasticity” is hardly synonymous with “noise”, which often refers to variation that obscures a “true signal” (e.g., measurement error) or which is structural, as in physics (e.g., quantum noise). Rather, “stochastic regulation” refers to purposeful, programmed variation; the fluctuations are random but there is no true signal to mask.