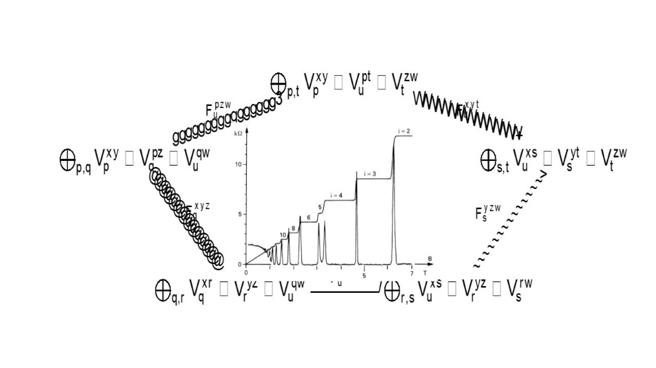 COVID-19 Advisory: Due to the current COVID-19 crisis, IPAM decided to postpone the 2020 Graduate Summer School Mathematics of Topological Phases of Matter until July 26 – 30, 2021. Applicants will be required to re-apply, the new deadline to submit the new application will be Monday April 26, 2021.

In this summer school, we will focus on two relatively mature foundational topics, and two new directions in the mathematics of topological phases of matter.

The mathematical theory of topological phases of matter is well established in two settings – in two spatial dimensions where they are modeled by topological quantum field theories (TQFTs) and modular tensor categories (MTCs), and for the special case of symmetry protected topological phases (SPTs) that are classified in any spatial dimension by generalized cohomology theories including group cohomology for bosonic SPTs and K-theory for fermions. For these two topics, the relation between a physical model and a well-developed field of math is very tight.

Two emerging directions under active development that are challenging the existing mathematical paradigm for topological phases are fractons and quantum cellular automata (QCA). Theories describing phenomena in topological physics can be distinguished by whether they are “additive” like K-theories, or “multiplicative” ones like MTCs and fractons, but interestingly QCA can be either depending on whether they are free or interacting. Fractons too defy our current understanding of topological phases, and it is still an open question if they have continuous limits and if so, whether or not they are also beyond quantum field theories.

We will invite experts in both mathematics and theoretical physics to cover each topic from both sides. Speakers will also cover current research in these fields.

Topology plays a vital role in our understanding of phases of matter and their phase transitions, quantum entanglement, and quantum computing. The discovery of topological materials is a milestone in physics that has been celebrated by several Nobel prizes. But the mathematics of topological phases is still in its infancy and this summer school will lay the foundations for further development.

This summer school will include a poster session; a request for posters will be sent to registered participants in advance of the summer school.