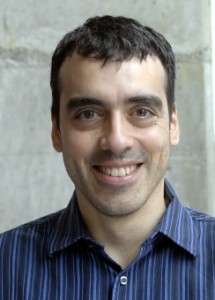 IPAM is proud to announce that the Society for Industrial and Applied Mathematics (SIAM) Activity Group on Optimization has awarded the Best Paper Prize and Early Career Prize to Pablo A. Parrilo, a member of IPAM’s Scientific Advisory Board, alongside Hamza Fawzi, James Saunderson, and John C. Duchi. The award recognizes them for proposing an efficient semidefinite programming approximation of the matrix logarithm in their paper “Semidefinite Approximations of the Matrix Logarithm” in Foundations of Computational Mathematics(April 2019). Parrilo, a professor of Electrical Engineering and Computer Science at MIT, has participated in several of IPAM’s events, including being a Core Participant for IPAM’s 2010 long program, Modern Trends in Optimization and Its Application and an organizer for one of its constituent workshops, Convex Optimization and Algebraic Geometry. He also served as speaker for several other workshops. Congratulations to all of the awardees on their remarkable achievement!