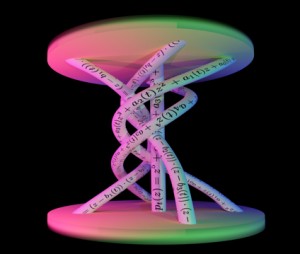 The purpose of this workshop is to bring focused attention to Hilbert’s 13th problem, and to the broader notion of resolvent degree.  While Abel’s 1824 theorem — that the general degree n polynomial is only solvable in radicals for \(n < 4\) — is well known, less well known is Bring’s 1786 proof that a general quintic is solvable in algebraic functions of only one variable. Hilbert conjectured that for a general sextic, one needs algebraic functions of two variables, and that for a general degree 7 polynomial, one needs algebraic functions of three variables.  More generally, it is natural to expect that as n → ∞ , so does the minimal number of variables needed to solve the general degree  n polynomial.  In a celebrated theorem, Arnol’d and Kolmogorov proved that, at the level of continuous functions, there is no local obstruction to reducing the number of variables to one.  Thus, a resolution of Hilbert’s problem must lie deeper.  Resolvent degree was introduced by Brauer in order to provide a rigorous statement of these conjectures. While no progress has yet been made on these conjectures, the study of resolvent degree is receiving renewed attention and an influx of ideas from related fields, including:

This workshop will bring together young and established researchers who work in these fields to explore topics related to Hilbert’s conjectures, to facilitate interaction between subdisciplines, and to lay the groundwork for future progress. The workshop will be organized around mini-courses by experts which will be aimed at 1) conveying the methods that can be brought to bear from each area, and 2) formulating problems concerning resolvent degree that seem particularly tractable using these methods.