Solving Hamilton-Jacobi-Bellman equation is central to problems in 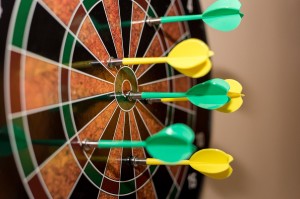 Recently proposed techniques include decomposing the computation of the reachable set into several small dimensional computations; using convex optimization applied to the Hopf-Lax formula in conditions of state and time independence, generalizations of Hopf-Lax to more complicated Hamiltonians, and applying newly developed numerical methods to convert continuous optimal control problems into nonlinear programming problems, which can then be solved using advanced nonlinear programming solvers. The choice of problem structure, conversion technique, and underlying solver makes all the difference in the quality and efficiency of the method. In particular, pseudospectral methods have proven to be extremely powerful.

This workshop will focus on how such new methods may be used to broaden the classes of control and differential game problems that may be treated.

The workshop will include a poster session; a request for posters will be sent to registered participants in advance of the workshop.