Ami Radunskaya, professor of mathematics at Pomona College, will receive the 2016 Mentor Award from the American Association for the Advancement of Science for her work to increase t 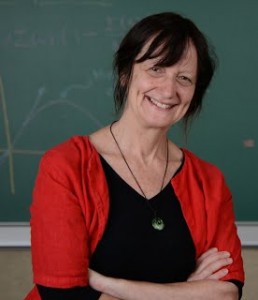 he number of women pursuing doctorates in mathematics. The award will be bestowed upon Radunskaya during the AAAS Annual Meeting in Boston on Feb. 16-20, 2017.

The AAAS Mentor Award honors AAAS members who have mentored significant numbers of underrepresented students, including women, minorities, and persons with disabilities, pursuing Ph.D.’s in science, technology, engineering, and mathematics (STEM), and who have demonstrated scholarship, activism, and community building on behalf of underrepresented groups in STEM fields. The award includes a $5,000 prize.