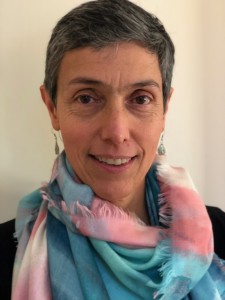 The Statistical and Applied Mathematical Sciences Institute (SAMSI) has awarded its Blackwell-Tapia prize for 2020. IPAM is proud to report that the award recipient this year is IPAM’s Board of Trustees member Tatiana Toro. The award is named after David Blackwell, the first African American elected to the National Academy of Sciences, and Richard Tapia, the winner of the 2010 National Medal of Science. The award, which recognizes “excellence in research among people who have promoted diversity within the mathematical and statistical sciences” began in 2002 and is only awarded in even-numbered years. Toro, the Craig McKibben and Sarah Merner Professor in Mathematics at the University of Washington, has participated in several of IPAM’s events, including being an organizer for  IPAM’s 2018 Latinx in the Mathematical Sciences Conference. She has also served as speaker for several other conferences and workshops.

Congratulations to Tatiana Toro on this great achievement!