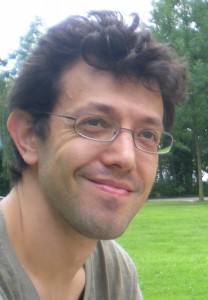 Quanta Magazine recently published the article “Universal Method to Sort Complex Information Found” that features the work of four computer scientists and Assaf Naor, a mathematician who has served on IPAM’s Science Advisory Board since 2008.  The article describes their discovery of a radical approach to solving nearest neighbor problems for complex data.  The other authors – Ilya Razenshteyn (Microsoft Research), Alexandr Andoni (Columbia University), Aleksandar Nikolov (University of Toronto), and Erik Waingarten (Columbia University)—approached Naor (Princeton) with a question on expander graphs related to their past work, but his negative answer to the original question has led the team to the discovery of the novel nearest neighbor algorithm.

In addition to serving on the Science Board, Naor has been a speaker at several IPAM workshops on topics such as metric geometry, combinatorics, and high dimensional data analysis, and helped organize a recent long program on Quantitative Linear Algebra.  Andoni spoke at the same IPAM workshop on metric geometry in 2009.