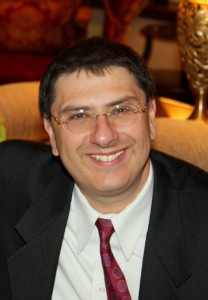 Congratulations to Rafail Ostrovsky (UCLA), who just received the 2017 IEEE Computer Society Technical Achievement Award “for outstanding contributions to cryptographic protocols and systems, enhancing the scope of cryptographic applications and of assured cryptographic security.” According to his department’s web page, Rafail’s research interests encompass cryptography and computer security, routing and network algorithms, large data analytics including streaming algorithms, and search and classification problems on high-dimensional data. He is the director of the Computer Science Department’s Center for Information and Computation Security (CICS), he has over 250 refereed publications, holds 14 U.S. patents, and is a Fellow of IEEE and IACR. Ostrovsky has been a speaker at several IPAM workshops and was an organizer of the 2006 long program on Securing Cyberspace.