Robert Borrelli passed away on September 11, 2013 following a short period of declining health. He was a professor of mathematics at Harvey Mudd College for 35 years. During his tenure, he served 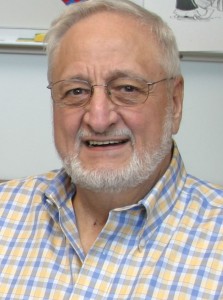 multiple terms as department chair and director of the Math Clinic, the academic-year research experience for undergraduate students on which IPAM’s Research in Industrial Projects for Students (RIPS) summer program is based. In 2006, Borrelli won an award from the American Mathematical Society for Exemplary Mathematics Program. Borrelli was also one of the founding members of IPAM’s Board of Trustees (1999-2003). As such, Bob helped to build IPAM from the ground up, including designing the RIPS program. Bob received his B.S. and M.S. in mathematics from Stanford University and his Ph.D. in applied mathematics from the University of California, Berkeley.