This workshop will focus on recent work by a number of distinguished researchers in Hodge theory and algebraic geometry. It is also an opportunity to recognize Mark Green’s contributions to 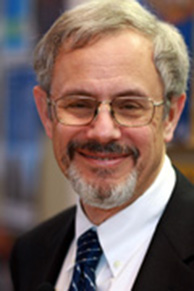 Dr. Green obtained his PhD from Princeton, where his thesis adviser was Phillip Griffiths. After teaching at Berkeley and MIT, he came to UCLA as an Assistant Professor in 1975. Dr. Green’s research has taken him into several areas of mathematics–several complex variables, differential geometry, commutative algebra, Hodge theory and algebraic geometry. He received an Alfred P. Sloan fellowship and was an invited speaker at the International Congress of Mathematicians in Berlin.

Along with Eitan Tadmor, he was one of IPAM’s Founding Co-Directors. He has been Director of IPAM since 2001 and is responsible for its remarkable success. It is fair to say that IPAM, under Mark’s guidance, has positively and significantly influenced the path that research in mathematical science and its applications to technology has taken the past decade.

Funding for this workshop has been provided by UCLA’s Office of the Vice Chancellor for Research and the Dean of Physical Sciences. IPAM is providing the facilities.