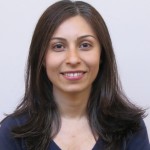 Roja Bandari was a graduate student in electrical engineering at UCLA when she first attended an IPAM program. Tim Tangherlini, a professor of Scandinavian Languages at UCLA and a member of her PhD committee, invited her to participate in IPAM’s Summer Institute in Digital Humanities (2010). The program introduced her to a community of researchers that became central to her research in network analysis and topic modeling for social media.  Since then, she participated in several IPAM workshops, including Algorithmic Game Theory, Mathematics of Social Learning, and Mathematics of Politics, at which she presented her research on content-oriented user behavior as it relates to political dynamics in large scale online data sets.

Bandari was also an academic mentor in IPAM’s RIPS program in 2012 and 2013. She has been a Data Scientist at Twitter since 2014. Her current research interests lie in areas related to data mining and statistics, more specifically social computing and complex networks. Her research projects have mainly involved information diffusion and clustering of networks.

“IPAM is the bridge that links my education as an electrical engineer to my interest in mathematics and computational social science, and in particular, the ways humans interact with one another and with information.” 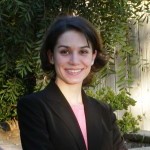 Maryam Fazel is an Associate Professor in Electrical Engineering at the University of Washington. Her research interests are in convex optimization, algorithms, machine learning, and control.

Fazel had attended IPAM workshops as a postdoctoral scholar, but her first significant involvement with IPAM was in the fall of 2010, when she was a core participant in IPAM’s long program Modern Trends in Optimization and Its Application. It was there that Fazel had a chance to discuss her research with Lieven Vandenberghe, professor of electrical engineering and mathematics at UCLA and a member of the organizing committee. During the program, they identified two research areas, machine learning and system identification, that were tackling similar mathematical problems – both with the goal of constructing models from limited or noisy observations – but had little opportunity for interaction. In 2013, Fazel and Vandenberghe organized the IPAM workshop Structure and Randomness in System Identification and Learning which brought these two research communities together.

“So often, you find people in different areas of engineering and the sciences who are working on the same foundational mathematical problems but using different terminology and techniques. Making connections through shared mathematical problems and building bridges between these different scientific areas has been a theme in my own research, and it’s one of the great strengths of IPAM.” 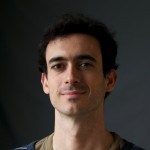 Raanan Schul, now assistant professor at SUNY Stony Brook, first visited IPAM in 2004 as a participant of the long program Multiscale Geometry and Analysis in High Dimensions.  During the program, he started a collaboration with Mauro Maggioni, with whom he wrote two papers (along with Peter Jones, Schul’s PhD advisor and an organizer of the program). He also met John Garnett and Terry Tao, who invited him to back to UCLA as an NSF postdoc. During his four years at UCLA, he participated in another long program, Search Engines (2007), and several IPAM workshops.

Schul’s research is in the fields of Harmonic Analysis and Geometric Measure Theory, with connections to Applied Mathematics.

“I am sure that I got acquainted with more people in that one semester than I had in the rest of my career.”