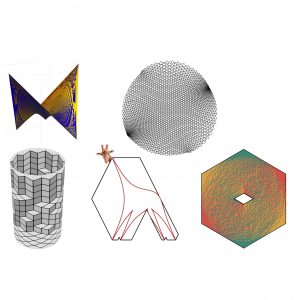 In the last 20-30 years probability theory and statistical mechanics have been revitalized with the introduction of tools from geometry, notably conformal geometry and discrete analyticity, but also algebraic geometry and integrable systems.

Finally, there are well-known connections between some statistical mechanics models and representation theory, such as Young diagrams, Gelfand-Tsetlin patterns, Knutson-Tao puzzles and Littlewood-Richardson coefficients and their generalizations. The Bethe Ansatz and the Yang-Baxter equation were developed for the 6-vertex model but are now fundamental tools in combinatorial representation theory.

This program will bring together researchers in this somewhat disparate realm of ideas, united by the underlying themes of geometry and statistical mechanics.